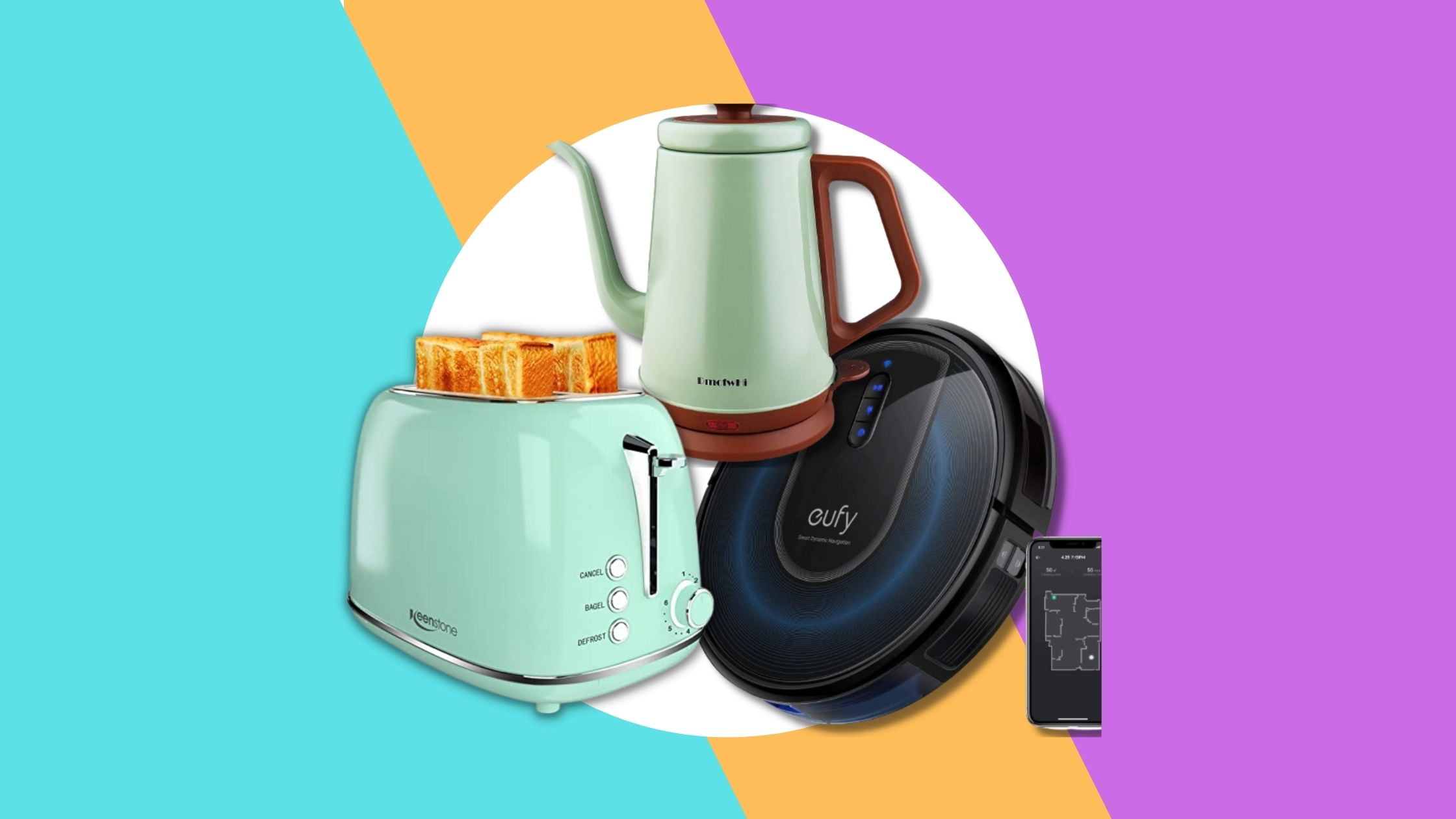 In this Blog Post, We will share 15 Best Amazon Prime Day Kitchen Deals on sale items like blenders, convection ovens, knife sets, and smart home devices from brands such as KitchenAid, Cuisinart, Le Creuset, and more.

For the homebodies and at-home cooks, we’ve got some good news: early Amazon Prime Day kitchen deals are here. One of the biggest sales events of the year is closing in (July 12 and 13, folks), and the online retailer already has excellent discounts on cooking essentials that you can shop now.

If you want to avoid day-of Prime Day shopping stress or could use a SodaStream to beat the heat ASAP, there are a bevy of great discounts on top-selling items that you can go ahead and shop this very minute. Below, take a look at the best Prime Day kitchen deals ready for the taking.

Vitamixes are the best of the best of blenders (which is why they’re a fixture on wedding registries and beloved by food experts). They don’t come cheap, however, but right now you can save on this professional-grade model, which makes creamy smoothies, purées, chops, emulsifies, and it even heats.

Craving fresh bubbly with the push of a button? The SodaStream sparkling water maker is the easiest, most cost-effective way to have crisp seltzer ready at the press of a single button. Top off a glass of juice, mix in a cocktail, or guzzle it straight from the bottle.

When stew season comes, a cast-iron Dutch oven is a must-have in any cook’s culinary arsenal. This handsome one from classic cookware brand Le Creuset is a steal at over 20% off today. Buy it now, and cook with it all winter.

Anyone who spends a lot of time in the kitchen needs a standing mat in their life. These easy-to-wipe padded mats provide relief to joints achy from standing over the sink or counter.

Culty KitchenAid stand mixers are so beloved because they just make life easier. With 10 different speeds, a tilt-head design, and a range of attachments, you can trust the mixer will blend and stir while you tend to other more important matters.

Like the far pricier Smeg toaster, this simple, two-slice toaster has a retro appeal, toasts bagels, and defrosts. It comes top-rated by thousands of Amazon shoppers, and is almost 50% off.

This espresso machine makes for a nice gift for the budding barista; the Gevi turns creating your own delicious cappuccino or pulling a shot of espresso into something easy and fun. Nicely, this small appliance is space-saving enough for kitchens with limited counter space.

Drip coffee fans should get excited about a 30% discount on this stainless steel drip coffee maker from GE which keeps up to 10 cups of coffee warm, has adjustable brew strength, and a reusable, dishwasher-safe coffee filter.

This slim robot vacuum makes for something of a sous-chef by cleaning up the kitchen while you cook. The Eufy lasts for up to 100 minutes, cleverly avoids obstacles and falls, is app-controlled, and has varying levels of suction power (which it automatically knows how to increase).

Every year, Amazon marks down its class of Alexa products for Prime Day, including this Echo Dot tabletop speaker, which can act as a hands-free timer and alarm clock for bakers, answer questions like, “How many cups are in a quart?”, make calls, and play background music or podcasts while you cook.

Tea and pour-over lovers, take almost 30% off this pretty little electric kettle which has a gooseneck spout for precise pours, heats waters in minutes, and comes in several colorways.

Here’s an early Prime Day deal for your appreciation: Despite its modest appearance, this top-selling Breville smart toaster oven acts as an air fryer, food dehydrator, and convection oven (meaning it bakes and roasts in way less time than your regular-size oven). With 13 cooking functions, you’ll be baking cookies, air frying tater tots, and whipping up pizza pies in minutes.

Here’s an early Prime Day deal for your appreciation: Despite its modest appearance, this top-selling Breville smart toaster oven acts as an air fryer, food dehydrator, and convection oven (meaning it bakes and roasts in way less time than your regular-size oven). With 13 cooking functions, you’ll be baking cookies, air frying tater tots, and whipping up pizza pies in minutes.

In addition to steep price drops on Amazon’s in-house cookware lines, last year, we saw drool-worthy deals on big-ticket items like blenders, convection ovens, knife sets, and smart home devices from brands such as KitchenAid, Cuisinart, Le Creuset, and more. You can expect sales on these products, or similar products, again in 2022 (and some are even discounted now, ahead of the day).

The one-week countdown to Amazon Prime Day is underway, but you don’t have to wait until July 12 and 13 to snap up the best Prime Day headphone deals. In addition to the fantastic tech deals we’ve already seen on gadgets like iPads, vacuums, and air fryers, you can get a new pair of AirPods or Beats on sale right now too. In other words, these early Prime Day deals should not be missed.

What to Expect From Amazon Prime Day 2022

Like last year’s, Prime Day 2022 is a two-day shopping event, with deals extending across Tuesday, July 12, and Wednesday, July 13. It’s a chaotic time for anyone with a Prime membership, with deals going live at all hours of the two days and special lightning deals expiring within hours. And yet, it’s also one of the best times to scoop up new pots, pans, and more serious kitchen appliances at far more affordable prices.

Of course, in addition to Amazon’s deals, we also expect competitors to offer discounts that rival the online giant. You’ll likely find markdowns and coupons from Target, Walmart, Sur La Table, Best Buy, Dyson, Nordstrom, and more—none of which you’ll want to sleep on. But don’t worry, we’ll be tracking all of those deals here too, so that you don’t miss out on the most notable ones.